Gustavo de Almeida Ribeiro (Sao Goncalo, 1972), better known by his stage name Black Alien is a rapper, singer and songwriter. Gustavo Black Alien Planet Hemp joined the group, which was also part Marcelo D2, and founded the Reggae B group, in partnership with bassist Bi Ribeiro, of Paralamas do Sucesso. Black Alien released his first solo album in 2004: Babylon by Gus – Vol 1: The Year of the Monkey.. The album title is a reference to the album Babylon by Bus by Bob Marley. In 2006 a remixed version of his famous “Who Let Caguetou” was brought by DJ Fatboy Slim on his album Speak here !. In 2007, film director Ton Gadioli starts shooting the documentary Mr. Niterói – The Lyric Bereta, about his life, the same year that Black Alien shaved his dreadlocks, a change in unexpected visual. 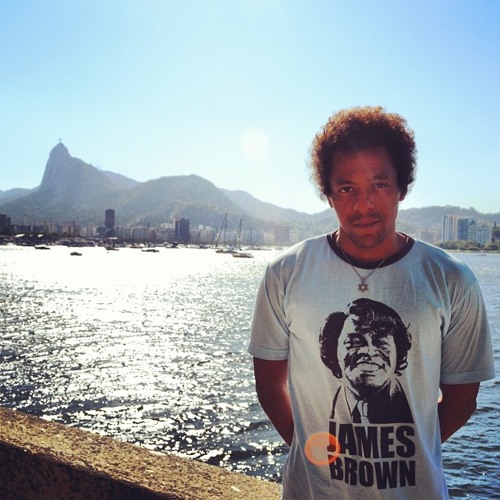 A picture of Gustavo Black Alien.

In 1991, Cláudio Márcio the Speedfreaks heard a song that he recorded with DJ Gustavo Rodriguez, liked and ordered literally Gustavo singing in his band called Speed Freaks (name of a movie purchased from Santa Cruz skateboard).

In 1996, Planet Hemp BNegão left the band to take the Funk Fuckers and there were those who immediately knew the lyrics and could tour with the band already singing without trials. Bernardo Gustavo thought about, talked to Marcelo D2, and so Gustavo joined the Planet Hemp in the middle of the tour for the album User. 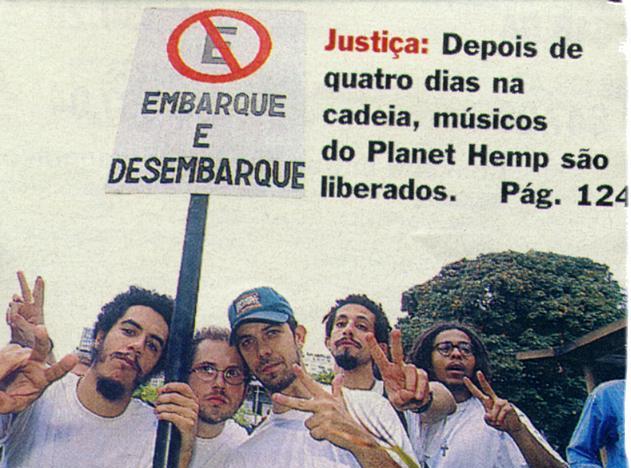 Planet Hemp when they were released from prison in Brazil

Changes and Babylon By Gus – Vol I: The Year of the Monkey
In 2004 Black Alien Signs With Deck Disc label and released his first solo album, the album Babylon by Gus – Vol 1: The Year of the Monkey.. Recorded in about 1 month, today is considered by experts to be one of the best rap albums of Brazil. With the national rap classics as Mister Niterói, the second coming, and Paths of Fate.

Mr. Niterói – The Lyric Bereta
In 2007, Ton Gadioli, debutant director, to begin shooting a documentary about his artistic life, titled Mr. Niterói – The Lyric Bereta, the year the Black Alien shaved his dreadlocks, a change in unexpected visual. The film traces his career and some of his childhood controversy and goes far beyond just showing the influences, his style of rhyme and the various possibilities of making music. The narrative slowly is also showing the human side of the character. His triumphs, mistakes, dreams and prospects for the future. The ultimate goal of the film was to show those who do not know, who is Black Alien, and for those who know already show his musical career, leaving his personal life just booked himself.

Return and Babylon By Gus – Vol II: In the beginning was the Word.
In 2011 Black Alien announces the release of a new album after seven years of their first CD is announced expected “Volume II” of your disk is being prepared. Until 2013, the eve of 10 years of making his legendary debut album is finally released a teaser of the album after this long period without new compositions recorded comes to ending the hopes of their fans.

In November 2012 following the announcement of the meeting of the Planet Hemp to a new day tour in Brazil, Mixed Black Alien launches a song: “For Who The Carapuça Fit”, full of criticism at the time he spent in the band, as a time void in your life, where they preached one thing and did another, he also criticizes the music industry entrepreneurs on the song.