An article published on Bloomberg website on Tuesday sparked outrage in Brazil as a few readers seemed not to like the stereotypes still associated with the country. The article which talks about how private equity funds are going after small Brazilian oil startups is a pretty insightful piece, but the problem according to people in Brazil was the picture that they chose to illustrate it.

The article shows a woman in bikinis laying on the beach with a few oil tanker boats in the background. According to O Globo, Brazil does not escape certain clichés when seen by foreign eyes. They say that even a news agency of international prestige such as Bloomberg News resorted to the classic image of a woman in a bikini on the beach to illustrate an article on investments in the oil sector. Still according to O Globo, amidst this “harsh” business environment, it remains curious the choice of a bucolic seaside scene. This is a scenario revealing both the “natural elements” that make up a huge exotic country, sitting on deposits of oil and gas, as the eyes of those who, from the outside, watching Brazil under certain stereotypes.

A few brazilian readers after reading the article on O Globo, ranted their observations on Bloomberg website… one reader said: “Brazil is not just our beatiful women. The choice of an image of a woman in a bikini to an oil report by Bloomberg was terrible. You should learn more about our country before trying to write something about us.” Another one, gave his piece of advice to these funds an showed what a lot of us also think is true, the fact that these companies might not go a long way: “Dilma will not invest a cent in those sector companies, since it is not interesting any kind of competition for Petrobras. For Bloomberg, congratulations for the picture choice. What is the relation of a woman on the beach with the news point? Change the way you see Brazil, please…”

These companies might get a piece of the oil business in Brazil, but with costs so high in the country and in the oil industry itself, would they survive? If not BNDES could buy them, don’t worry. Anyway, we are getting off-topic here… we decided to help Bloomberg illustrate their articles about Brazil and their oil wealth… 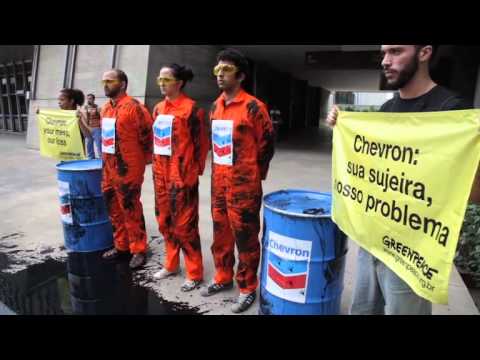 Protest against oil leakage in Rio 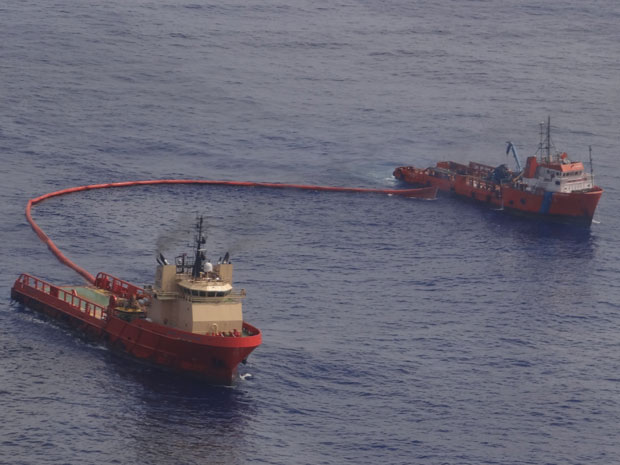 Boats clean oil leakage off the coast of Rio 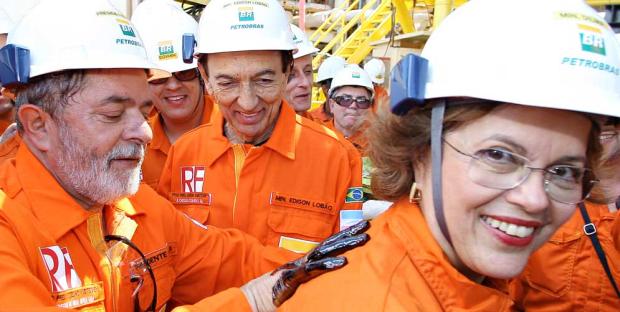 Lula gets Dilma dirty with oil… 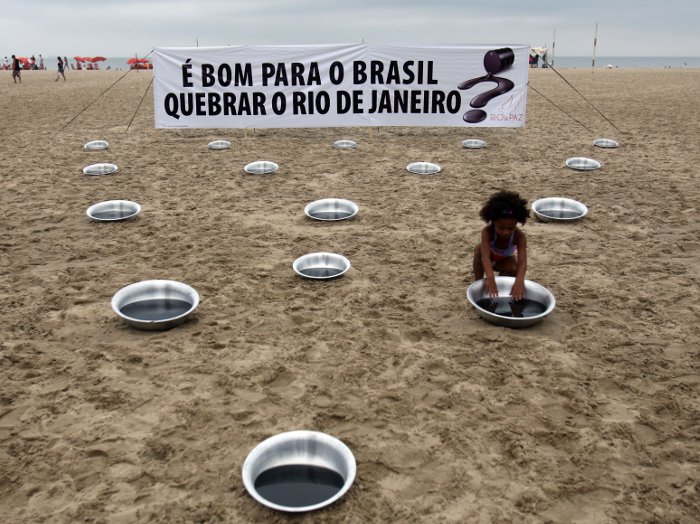 A protest in Rio against the division of the royalties… 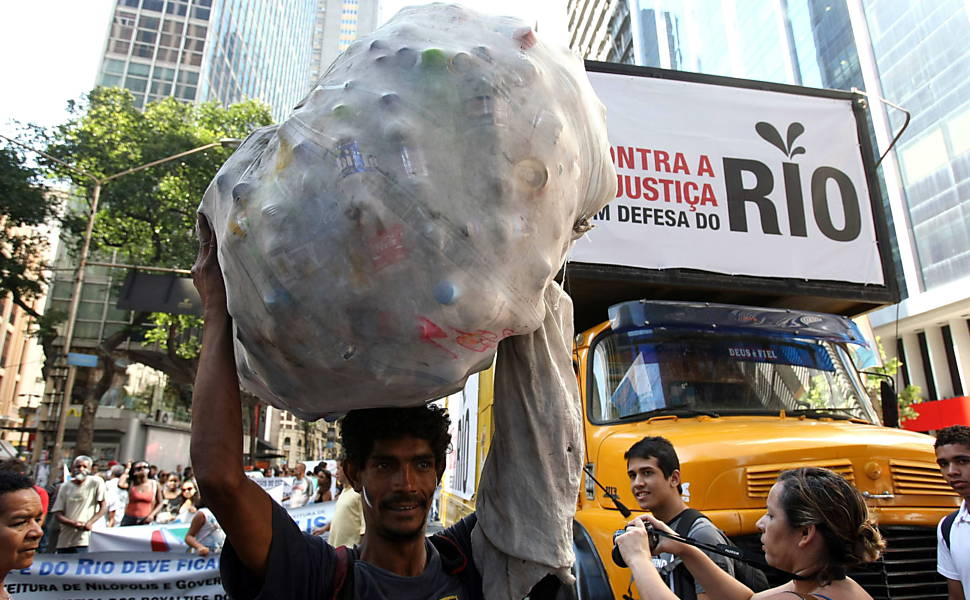 While some protest, others work.  Why isn’t he protesting with the others?!