Skip to content
The Justice of the state of Santa Catarina embargoed for environmental damage the works on the building Infinity Coast, in Balneario Camboriu, 80 km from Florianópolis. The project, which should have 60 floors and reach a height of 240 meters, is still at the stage of foundations but aims to become the tallest building in Brazil.

Before the suspension, the deadline for delivery of the units was 2017. Today, the largest building is Mirante do Vale in São Paulo with 170 meters.

Using the American actress Sharon Stone as poster girl, Construtora FG, the developers, are already selling the business and offering luxury apartments of up to R$ 7 million each. The building, inspired by the buildings at the Arab Emirate of Dubai, will have perpetual sea views and two apartments per floor.

The suspension of the works was requested by the Public Prosecutor of the state. The lawsuit seeks partial demolition of the building, aside from the architectural design and cancellation of the license granted by the city.

According to them, part of the building is only 11.92 meters away from Canal Marambaia, disregarding the minimum distance of 30 meters to the water established by federal law.

FG Developments issued a statement saying that they will appeal the decision. But the question is, who initially authorized the construction at the site, since the federal law does not allow constructions so close to rivers and waterways. It is also a danger to anybody that buys units there. Balneário Camboriú is famous for constant floodings so it wouldn’t be wise to build such a tall building so close to the water. 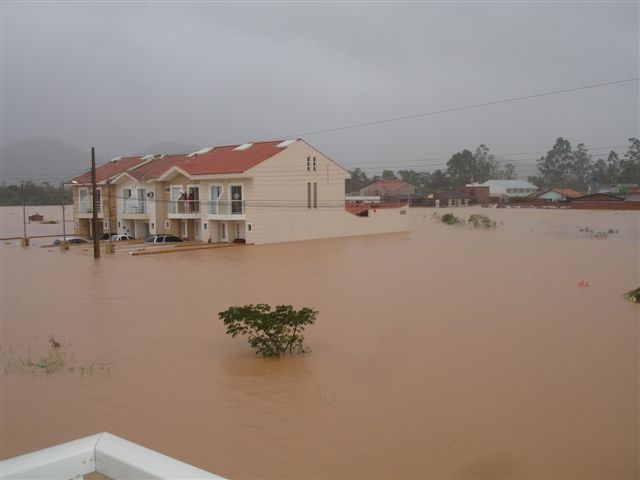